Application
Used to conver various inputs into standard DC signals for driving panel meters and for use in control devices. 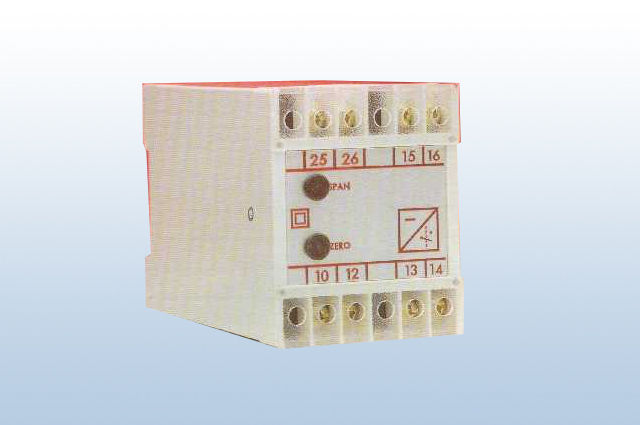 The M100-DI1 is a linear integrator which accepts D.C. inputs and integrates the input with respect to time. An output is  provided via a relay which gives a pulsed output, theÂ  frequency of which is directly proportional to the amplitude of the input signal.Â  One of the main uses of the M100-DI1 is the measurement of Watt and Kilowatt hour.

This is achieved by feeding the outputÂ  of a watt transducer (M100-WA series) into the M100-DI1. The input signal is integrated against time and the resulting output pulses from the relay are proportional to the kW.h beingÂ  consumed. These pulses can then be fed to an electromechanical counter, digital counter or a computer, where the kWh consumed can be stored. Another se is the measurement of Ampere hours The M100-DI2 is the same as the M100-DI1 with the additional feature of having 2 relay outputs, this allows the user to feed one set of pulses to a counter on a switchboard whilst feeding the other ser of pulses to a remote computer in a control room. 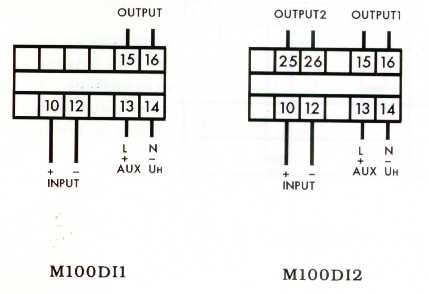